I should have been there 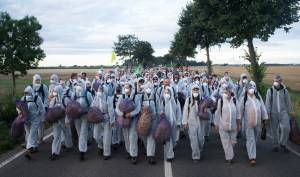 I should have been there.

That’s what kept running through my mind after last year’s Ende Gelände in Garzweiler. But I wasn’t. I was at home coordinating the social media forFossielvrij Nederland and saw all these amazing images of brave people trying to get into the pit and some succeeding. Later I read articles and heard stories from my friends which convinced me even more that I should have been there.

About how scared they were but went in regardless because the climate catastrophe we are heading for needs bigger and bolder actions. How people broke through police lines and broke a finger in the process. How someone got arrested as one of the first and had the most boring day of his life. How some got stopped at the edge of the mine and all of a sudden a donkey showed up. Weird story… 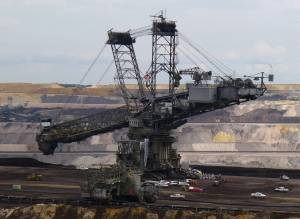 But let’s get back to my school days. I remember being told that the houses in East-Germany had this brown sooth on them because people used lignite for their stoves. But we moved beyond that. Or at least so I thought. Last year during the Kohlenkette around the Garzweiler mine I saw with my own two eyes that Lignite mining was still alive and kicking. It is running on it’s last legs but still.

It is up to us to tackle it and make sure we see a quick and just transition to renewable energy. So when this year the call out came for internationals to join the mobilization I jumped at the opportunity. With a group of 6 people from the Netherlands (and Norway) we went to Berlin to see how we could assist. Getting to know the people working on Ende Gelände and attending meetings.

What was needed were people willing and brave enough to put their body’s on the line and who were preferably already trained in direct action. So when we came back we started organizing three busses (we are in a bit of a friendly competition with Sweden about who will bring the most people there), making a training plan and all the other stuff that needs to be done. As luck would have it some of us were also involved in this weekend we had with the Dutch Climate Movement at the beginning of April.

The first training in direct action took place during that weekend. Around 25 people took part in it. So yeah, that’s a good start. We had fun, learned some history of direct action, learned tactics, broke through (fictional) police lines and some sustained minor injuries. Even though honesty forces me to say most of that happened during dancing at night, playing tag and looking at a smart phone and not paying attention to the pavement which more or less attacked and came too close, very rapidly.

So how do we move on from here with just a little over a month to go? Some of us have started with a fitness regime because they heard or remember that running in the sand is rather tiring. We had a benefit night to rake in the necessary money to get to Lausitz. We will also organize more direct action training days throughout the Netherlands.

But most of all, we are determined to go to Ende Gelände 2016 with as many people as possible. As for me, I will be there. I’ll probably be scared shitless but I feel this is something I’ve got to do. If we leave it to the politicians and companies in this world there will only be a short time vision focused on the bottom line regardless of future generations. As said before, it’s up to us. We are the ones we have been waiting for.

See you in the pit.