We are not drowning. We are fighting!

A while ago I went to see this new documentary by Josh Fox (Gasland): How to let go of the world and love all the things climate can’t change. A deeply personal story looking into the causes and effects of climate change. Realizing it may be too late to stop some of the worst consequences it goes on to investigate what makes us continue regardless of the bleak future we are facing.

The story that touched me most was that of the Pacific Climate Warriors. It was about hope, resilience, dignity and not giving up in the face of overwhelming odds. How they faced off with giant oil tankers in the port of Newcastle with their, in comparison, tiny canoes must be an inspiration for all of us. 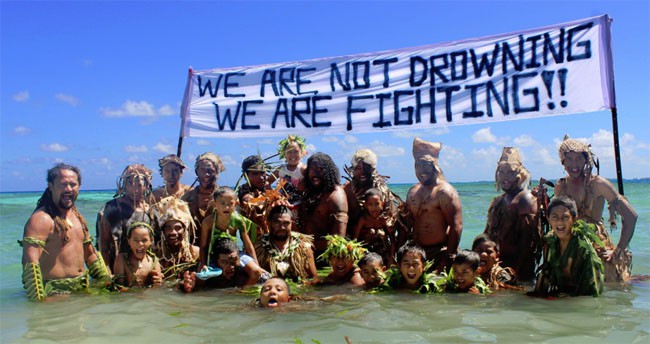 Their message, “We  are not drowning. We are fighting.”, resonated deeply with me. It brought me back to a cold December day in Paris last year in front of the Notre Dame. But to tell the complete story I will have to go back even further.

On the 9th of November Jenni Laiti, an indigenous, Sámi artivist, mother, companion, traditionalist, protector, visionary and human being, started the relay race Run for your Life from the Sápmi town of Kiruna in the Arctic region. For some 3 weeks people were running relay style until they reached Paris on the 30th of November. 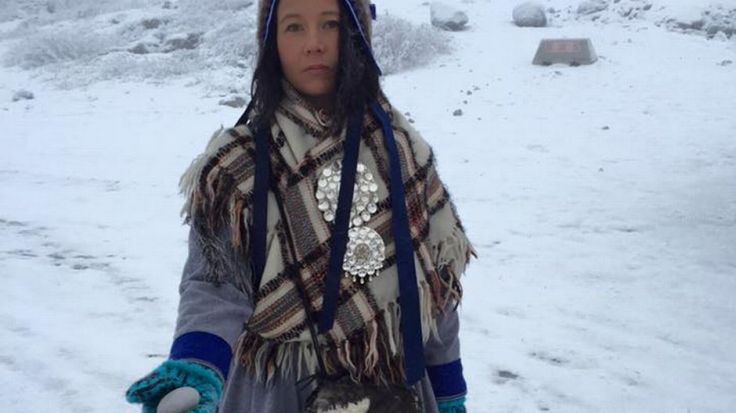 Jenni Laiti with the relay stone

Like so many of you I was in Paris during the COP 21. Having helped out during the RFYL leg in the Netherlands (I didn’t run, don’t worry. Just rode around on a transport bike with a film crew) I had decided to join the closing ceremony of the event in front of Notre Dame. Barely a month after the Paris attacks the atmosphere was tense to say the least.

Even though officially we weren’t allowed to gather in large groups there was quite a crowd. What followed was a beautiful ceremony where a stone that had been carried from Kiruna to Paris passed around a circle. “Take a stone in your hand and close your fist around it until it starts to beat, live, speak and move.”

The circle started with Saami people from the Sápmi region and ended with Polynesian from the Pacific. The symbolism did not go unnoticed. For the snow melting in the North is the sea level rising in the South. We need to realize that everything is connected and this ceremony connected the dots for me. 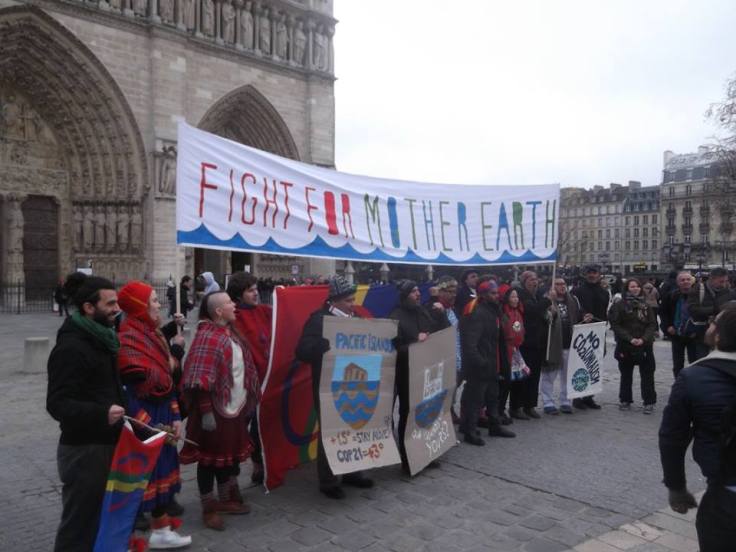 Closing ceremony for Run for your life in front of Notre Dame Photo: Jan Willem Brouwer

The struggle of Indigenous people, more often than not involuntarily on the frontline of the battle against climate change, has become more and more visible. At the moment we are seeing this play out on the plains of North Dakota at Standing Rock where many tribes from across the world have gathered to oppose the Dakota Access Pipe Line.

Now, more than ever after Trump’s election, we have to stand with them and follow their example. Their connection to the land and innate sense of how to live with, instead of separate from, Mother Earth should be an example for a society that largely has lost this connection but is still dependent on it.

“Hope locates itself in the premises that we don’t know what will happen and that in the spaciousness of uncertainty is room to act. When you recognize uncertainty, you recognize that you may be able to influence the outcomes — you alone or you in concert with a few dozen or several million others. Hope is an embrace of the unknown and the unknowable, an alternative to the certainty of both optimists and pessimists. Optimists think it will all be fine without our involvement; pessimists take the opposite position; both excuse themselves from acting. It’s the belief that what we do matters even though how and when it may matter, who and what it may impact, are not things we can know beforehand. We may not, in fact, know them afterward either, but they matter all the same, and history is full of people whose influence was most powerful after they were gone.”

“It’s important to emphasize that hope is only a beginning; it’s not a substitute for action, only a basis for it.”

I do not pretend to have all the answers or custom made solutions to the challenges we are facing. I often struggle with the role I play in this. I think I might have found it in writing about it. By writing about it I want to show that it is okay to have doubts, be afraid of what the future will bring and be insecure. But first and foremost that you are not alone. There are many more like us that are fighting. And that gives me hope. And hope gives me the strength to continue. Together.